The expansive drama of diplomacy at the 2015 Climate Change Conference in Paris, aimed at protecting the world’s atmosphere, lends itself to being arranged into individual acts and scenes playing out on main stages and secondary stages. There are preliminary discussions and background discussions, negotiations in individual working groups, with fine nuancing of verbal formulations. Parties will battle with one another, block and ignore one another, with each insisting on their own position. Alliances will be formed and power relationships will be adjusted (again). Accordingly, after an opening ceremony the audience in the Hamburger Schauspielhaus theatre will leave their red upholstered seats; in sub-groups they will be “sworn in” regarding their respective negotiating tactics.

Which risks should the world community take on? What cost is it prepared to accept to protect the population in areas menaced by droughts or floods? Is it more important to expand electricity networks for renewable energies than to preserve marvelous landscapes? These are all decisions based on political, economic, and indeed ethical issues. 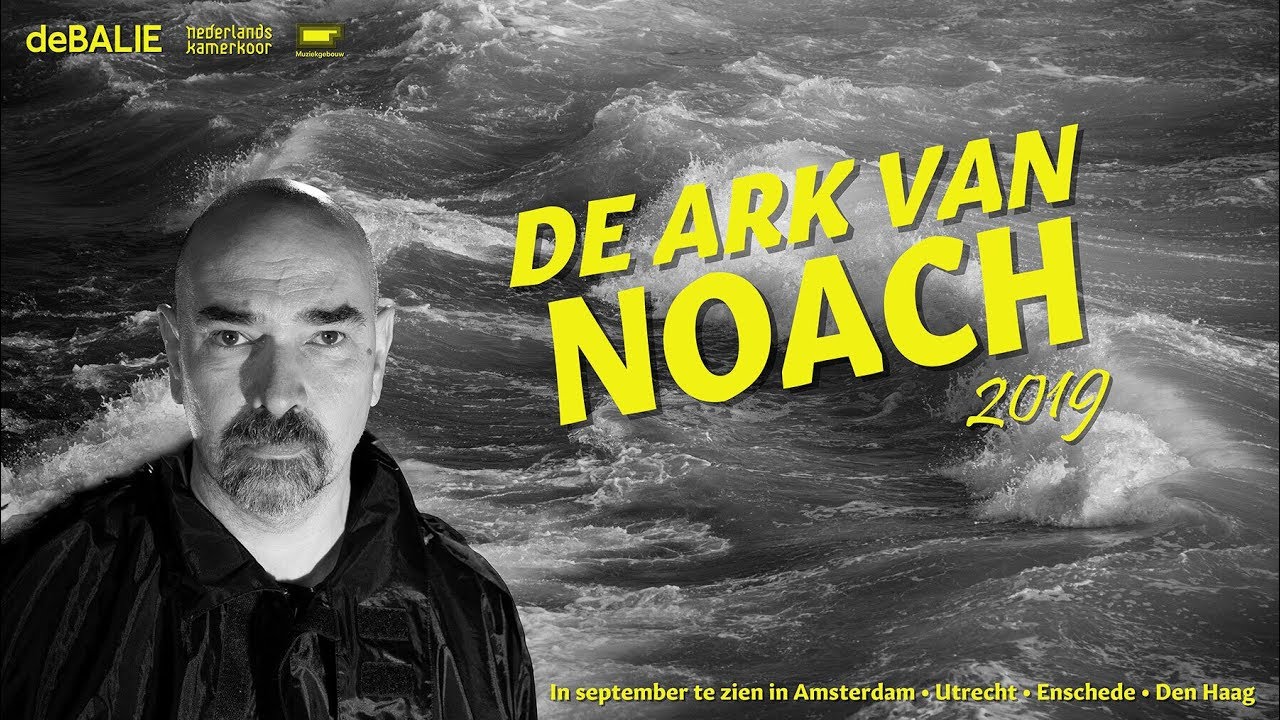 A unique performance with theater, music and lectures on climate change and consumerism. With actor Cees Geel in the role of Noach (script Eddy Terstall), music by the Dutch Chamber Choir and lectures by former minister Jacqueline Cramer and columnist Erdal Balci. An evening about a modern Noah. Will he once again take on the task of building an ark for an impending flood caused by ourselves? In this modern Noah’s Ark story, all the archetypes in the debate on climate and consumerism are reviewed: the egoist, the opportunist, the denier, the paralyzed, the pragmatist and the activist. The Nederlands Kamerkoor provides musical commentary with new works by young and established Dutch composers. With lectures by former minister Jacqueline Cramer and columnist Erdal Balci.