Below, we include a few examples of eco-television, both developed for broadcast television and streaming services, from our mediography.

Edge of Darkness is a 1985 British television drama serial produced by BBC Television in association with Lionheart Television International and originally broadcast in six fifty-five-minute episodes. A mixture of crime drama and political thriller, it revolves around the efforts of policeman Ronald Craven (played by Bob Peck) to unravel the truth behind the murder of his daughter Emma (played by Joanne Whalley). Craven’s investigations soon lead him into a murky world of government and corporate cover-ups and nuclear espionage, pitting him against dark forces that threaten the future of life on Earth. Writer Troy Kennedy Martin was greatly influenced by the political climate of the time, dominated by the Thatcher government, and the aura of secrecy surrounding the nuclear industry – and by the implications of the Gaia hypothesis of environmentalist James Lovelock; these combined to his crafting a thriller that mingled real world concerns with mythic and mystical elements. 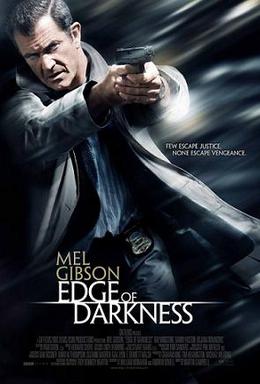 This series was remade into a 2010 film, a British-American conspiracy political thriller also directed by Martin Campbell, written by William Monahan and Andrew Bovell, and starring Mel Gibson. This was Gibson’s first screen lead since Signs (2002), and follows a detective investigating the murder of his activist daughter, while uncovering political conspiracies and cover-ups in the process.

Burn Up is a 2008 BBC/Global Television Drama dealing with the issues of climate change and peak oil. BBC Controller of Fiction Jane Tranter commissioned the film for transmission on BBC Two. The screenplay was written by Simon Beaufoy. The film was produced by Kudos Film and Television in co-production with Canadian production company SEVEN24 Films. Shot in Calgary, Alberta and London, England, the film is unusual for actually being set in Calgary, prompting Eric Volmers to write in the Calgary Herald that “while filming in the city is hardly unique, it’s rare for a high-profile project to feature Calgary as Calgary”.

From the award-winning team of filmmaker Darren Aronofsky (`Black Swan’) and producer Jane Root (`America the Story of Us’), this 10-part cinematic event series explores the fragility and wonder of planet Earth — one of the most peculiar, unique places in the universe. Host Will Smith guides viewers on an unprecedented exploration, bolstered by a group of eight experienced astronauts, who provide unique perspectives and relate personal memoirs of the planet seen from a distance. Hourlong episodes delve into monumental events such as genesis, cosmic violence, human intelligence and alien life, oxygen, and survival vs. destruction. The show thus presents a defamiliarizing depiction of Earth as an improbable place, pointing out how our own very existence is owed to a series of extraordinary circumstances; it aims to renew the viewer’s appreciation of nature as well as the people and cultures that developed from and with it. On July 25, 2018, National Geographic renewed the series for a second season, which was expected to premiere in March 2020 on National Geographic but remains in production with Nutopia.